Bennett Ready to take on the ACC

Share All sharing options for: Bennett Ready to take on the ACC

October really just means one thing to me. No, it's not Grohtoberfest. It's that we're only a month away before basketball season! And for the first time in a little while, there is so much to look forward to this upcoming season!

You've heard it again and again. Virginia Men's Basketball has a top ten recruiting class coming in 2010. We're currently ranked by Rivals as the #8 class (somewhat surprisingly, only 4th in the ACC, with NC State, UNC, and Wake all ahead of us). Maryland rounds out the top 10, making the ACC the single strongest recruiting conference in the country. (Note that Duke is nowhere to be found in the top 25. Suck it, Duke.) But boy, if Coach Tony Bennett can coach half as well as he can recruit, we're in for quite the ride.

First of all, he gets to start off his rookie year with the reigning ACC Rookie of the Year in Sylven Landesberg. Landesberg receives advice from UVA alumnus / instant legend Sean Singletary, and if he heeds and of his advice, I foresee no sophomore slump in him. 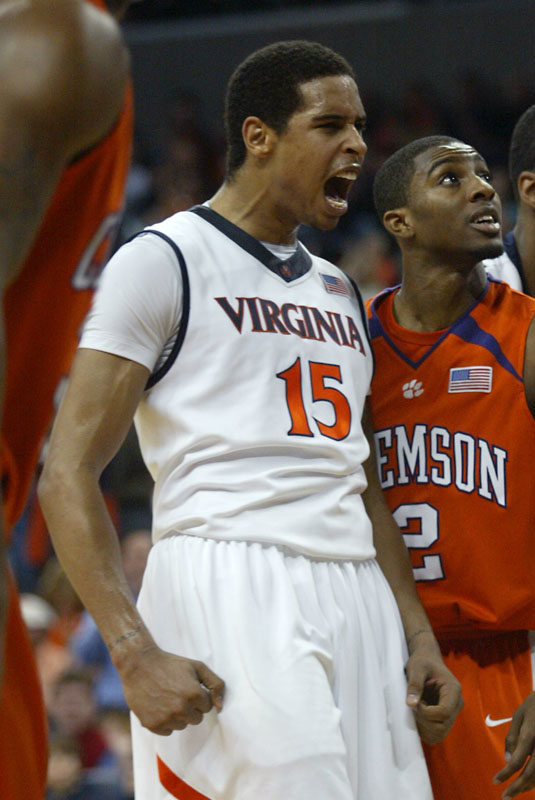 "Sylven is a talented player and he really wants to be good. My challenge will be this, and I’ll say this publicly and I’ve said it to him, every good player I’ve been around, real good ones, they just find a way to make their teammates better. I believe he wants to do that, so I really want to challenge him. I’ve watched over the years and players figure out ways to do it."

Is Sylven ready for this? He says that this year, he's playing much more of a leadership role. Each time he scores a bucket in practice, he is reminded that next time, he should look around and see who else might be open and able to take the open shot. I think this gives us good promise. If there's one thing we learned from the Sean Singletary era, it's that no man is an island (by the way, if "No man is an island" catches on, I totally made that up. Trust me.).

Before anything can happen though, Bennett's got to put the team together. This might be harder than it sounds, but Bennett's up for the challenge. There's a lot of simple fundamentals that just must be addressed first.

"The things we do from the system’s standpoint are different. How we want to shape the ball, using our terminology, and how we want to get the guys used to it on a daily basis. Just the things we want to emphasize. You’ve probably heard that it’s not what you teach, but what you emphasize. Until you can have enough times of "hey, you didn’t do it right" we’ll do it again and again, and we’ll do it the next day and until you get it right. We’ll have the things we call our "non-negotiables", our areas, our constants. Certainly transition defense is one, as well as trying to be sure with the ball, trying to take good shots, trying to not give up second chance points, those kind of things."

Finally, Bennett's ready to lay on the D. "I think to be a good defensive team, it’s a challenge for the players and honestly it’s a challenge for the coach, too. You’ve got to constantly stay after them, you have to push them and you can’t yield on what’s important to you and what you emphasize. So it isn’t always the most appealing thing, but you always look at your program and think what is going to give us the chance to win. They have to understand it and it has to fit. I think you can talk defense, but they have to understand why they are doing this one on one drill, or this three on three drill, and why does it fit into the whole. I think they have to be rewarded when they do play the kind of defense that you want and we try to do that through positive affirmation. The commitment to it can’t be lukewarm. That’s our job as coaches and our players have to certainly acknowledge and buy into that."

Sylven's noticed the difference. "I see a huge difference. It's a lot harder to get things done. It seems so much more crowded."

You ready to get pumped for the upcoming season? Watch this VirginiaSportsTV clip.