We've been reading it all week. Georgia Tech has not won in Charlottesville since 1990. But any time you mention it to a Wahoo, there is a strange aura that passes through the air. It may cause said Wahoo to curl up and shed a tear or two. Or you may find a flash of pure anger and a desire for revenge. The reactions may be different, but the sentiment is the same. No one wants to talk about that fateful November. Neither do I. But that wouldn't make for a very good story. So I guess I will.

To set the scene, it was week ten of the season and your Virginia Cavaliers entered with an 8-0 record under Head Coach and now Hall-of-Famer George Welsh. Georgia Tech was an impressive 6-0-1, an unbeaten streak that extended from the final four games of the 1989 season.

November 3, 1990. It's a night game in Charlottesville on the turf field. Virginia was ranked #1 in the country while Georgia Tech was #16. Both teams were impressive. Virginia was blowing teams out left and right, outscoring their opponents 337-80 going into the game. No one questioned the potency of the [Shawn] Moore to [Herman] Moore show. 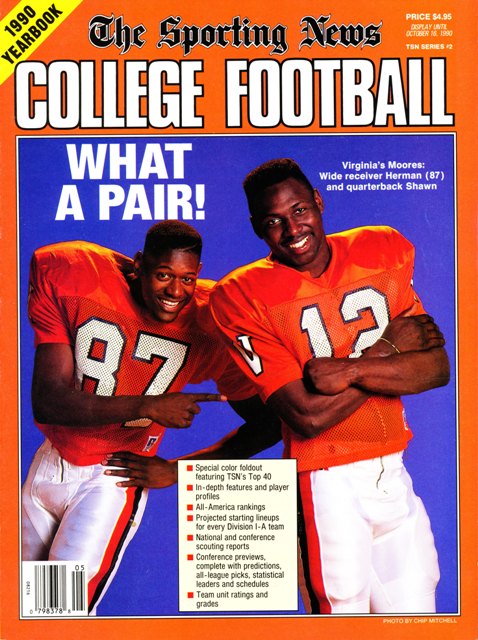 Virginia had a commanding 28-14 lead at the half and all was going according to plans. Because of Virginia's dominant offense, it was widely expected that UVA would really turn up the volume in the second half, dancing circles around Georgia Tech's defense. But the Ramblin' Wreck had something else in mind. GT was prepared to stage their greatest comeback in school history.

And they did. Everything seemed to click perfectly for them. The Virginia offense was contained and perhaps a weak Virginia defense was, for the first time, exposed. 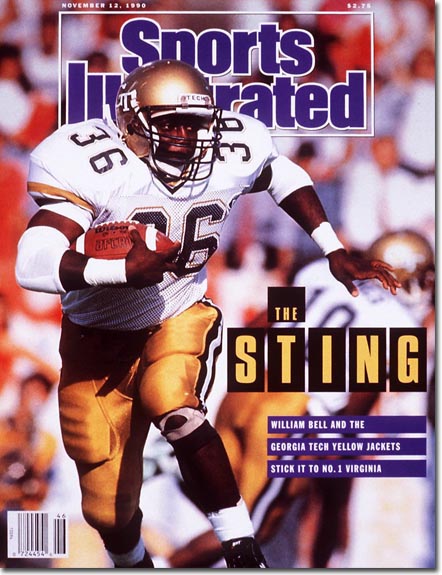 With only seven seconds remaining, the score was tied at 38 all. Even a tie would ruin Virginia's season and be considered a crushing blow. But that would not happen. Tech Kicker Scott Sisson, a name that shall not be spoken in many a Wahoo household, had something else in mind.

You could hear a text message ding from across that stadium that night through the silence as people hung their heads low heading home. Actually, you couldn't. Because there was no such thing as a text message. But that is neither here nor there. One thing was certain.

Someone powerful that night, perhaps George Welsh himself, swore never to lose to the Yellow Jackets again in Charlottesville. And he never did. Head Coach Al Groh has continued that tradition, a tradition that will face its most trying tribulation this Saturday.

Virginia would go on to win only one more game that season, against rival North Carolina. They would again blow a second-half lead, this time to Tennessee, in the Sugar Bowl, 22-23. Georgia Tech won the rest of its games and took a share of the national championship with Colorado, topping Nebraska 45-21 in the Citrus Bowl.

Today, many consider that November 3 game to be the national championship game that season.

For those who care to relive (of course, I say this having not been at this game) the pain and suffering, here is the final game-time minute of the birth of a curse.