Beyond the Academical Village: Sean Singletary

Share All sharing options for: Beyond the Academical Village: Sean Singletary

It is a no-brainer as to who my all-time favorite Cavalier to ever don a basketball jersey is. Nor is it much of a secret. No, it's not Ralph Sampson, nor is it Roger Mason, Jr. (congratulations to him for finally breaking through and becoming a well-known force in the NBA). It's not Devin Smith or J.R. Reynolds in Europe. Nor is it former walk-on Billy Campbell and his charming personality. It's the one and only Sean Singletary.

Singletary has not had it easy. Recruited by Pete Gillen and developed by Dave Leitao, Singletary joined the team following a 18-13 season that led to an NIT appearance. Gillen was released that year (I chose a kind word for that), and Dave Leitao stepped in to close out U-Hall and ring in the new, shiny John Paul Jones Arena the following year. During the rest of his three years, Singletary rode a bit of an emotional roller coaster, hitting the pinnacle by leading a regular season 20-9 team to a share of the ACC regular season title, a second round appearance in the NCAA Tournament, and a shot at the NBA, which he ultimately turned down to finish out his senior year.

But the following season did not go according to plan. Singletary and the Cavaliers waged a 15-14 regular season campaign and went on to lose in the semifinals of the inaugural College Basketball Invitational (which, for the record, still exists, two years later!). Throughout the season, questions swirled with regards to whether the NBA draft was even a realistic goal, or if he should be looking at Europe. But he ignored these.

"Ever since I was younger, I never really got much attention or anything," Singletary said. "I never was really highly recruited out of high school … Even when I got All-ACC my sophomore year, I never was thought to play in the NBA, and then I got it again — three years in a row — and still [nothing]. So it’s nothing new to me. I’m used to this."

His resilience paid off, as Singletary was drafted 12th in the second round to the Sacramento Kings. Nirvana ensued in Charlottesville. I probably streaked the lawn twice.

But boy, what a hurricane it's been since then. I hope you didn't blink, because he was quickly traded to the Rockets and before you know it, he was sporting a Phoenix Suns jersey. At Phoenix, he played in only 13 games before he was traded yet again to Charlotte, where he played in 24 games. Next thing you know, he found himself in the NBA Developmental League.

I suspect 2009 has been a pretty rough year for Sean. In addition to his basketball woes, he learned over the summer that his mother, Jacqui Singletary, was diagnosed with a brain tumor. To make matters worse, she was also diagnosed with diabetes in early September. While this sort of emotional burden was not unfamiliar to Sean -- his mother is in remission from breast cancer, diagnosed in 2004, and his father, Harold, is in remission from prostate cancer, diagnosed in 1999 -- it certainly can't be any easier. 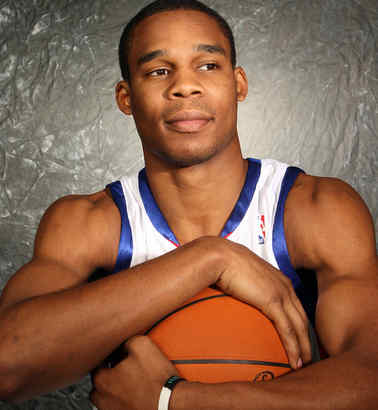 But here's to hoping that things are starting to look up for him. He is now fighting for a spot with the Philadelphia 76ers -- right there in his home town. And while by all accounts he has performed extremely well and the Sixers have no pure point guard, Singletary is fighting 4 others for what could be as few as zero and as many as two roster spots (likely just one).

"He has been playing very well," Sixers' head coach Eddie Jordan said. "He is a great change-of-pace type of player. The game gets a little faster when he comes in the game. He makes good decisions."

I don't know if he will get a contract or not with the Sixers, but I certainly hope so. Here's what I do know. Having watched him play for four years, I know he's a scrappy player. He's a 6'0 guard who thinks he's actually 6'9, and will go up against the biggest of big. He's a player who can fire up the crowds and fire up the team with his energy and positive attitude. He's a model citizen who won't find himself clogging up the headlines of the latest and greatest sports tabloid. In a word, he's a wahoo.