Share All sharing options for: UVA Baseball Recognized as Powerhouse 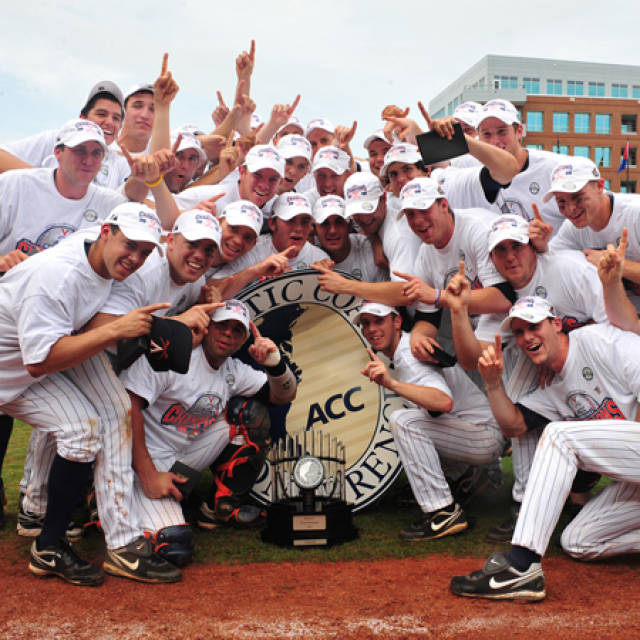 In case you missed it last season, your championship-caliber Virginia Cavaliers made their first-ever appearance to the College World Series. They overcame all odds, winning the ACC tournament undefeated and as the lowest seed ever to ever complete such a task. Was that a fluke? The Hoos would prove otherwise, and look to repeat their success this year.

As most of you who are reading this site already know, UVA's impressive win in one of the toughest conferences was rewarded with placement in the hands down toughest regional 3000 miles across the country. But the persistent Cavaliers would remain undeterred. They would go on to shut down No. 1 team in the nation and No. 1 draft pick Stephen Strasburg and dominate what most people called the "Regional of Death" (by "most people" I mean more than just worthless bloggers like myself, but also ESPN!). Don't blink now, because before you know it, Virginia had won its first Super Regional in school history and was on the road to Omaha. And so finally, Virginia had landed in the spotlight of the college baseball scene.

But Virginia will not be a one-trick pony, and the experts know this.

"On paper, they’re probably top five in the country," says Brian Foley, editor of The College Baseball Blog. "They’ve just got so much talent coming back. They should be able to go back to Omaha and host a regional this year."

Head Coach Brian O'Connor breathed a sigh of relief when he finally led his team to Omaha last year (after having made it to the NCAA Tournament in each of the past six years). "Now that we’ve cleared this hurdle [of making it to Omaha], we just need to hope it happens more consistently."

Virginia is poised to do just that. 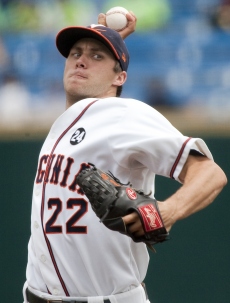 Hoos will be returning a ton of talent next year, no doubt about that. But the Cavs recognize that they'll have some gaps to fill on the mound this year, as finding replacements for Andrew Carraway and Robert Poutier, among others, is no easy feat. It helps, though, to have Danny Hultzen and Robert Morey returning.

Speaking of Morey, in a Blue vs. Orange scrimmage Tuesday afternoon, he pitched 4.2 innings in a 9-2 lopsided victory by Orange over Blue. By the looks of it, I would bet my money that Morey will be back in the weekend rotation before you know it. "I thought he pitched like a veteran should," O’Connor said. "He won a lot of ballgames for us in the back-half of the year last year and he came out and pitched like he is capable of."

On the flip side, the Blue team found a possible gap-filler in Tyler Wilson, a junior right-handed pitcher who had a 2.97 ERA in 66 2/3 innings last season.

Looks like someone else has taken a swig of the Orange Kool-Aid!