Virginia sports racked up all sorts of accolades this week, as students in men's soccer (goalkeeper Diego Restrepo), women's soccer (Sinead Farrelly and Morgan Stith), and women's basketball (Monica Wright) all received recognition for their hard work to date.

Virginia junior goalkeeper Restrepo shared this week’s Atlantic Coast Conference Men’s Soccer Player of the Week honor with Clemson freshman forward Austin Savage after each led their respective teams to undefeated finishes against ranked ACC opponents. This week, Restrepo shut out the sixth-ranked Maryland Terrapins on their home field Saturday, the junior’s third-straight shutout of the season. Restrepo was credited with seven saves in the contest. Tonight, Restrepo, with three saves, posted his eighth shutout of the season, fourth straight, against American in a 3-0 victory. 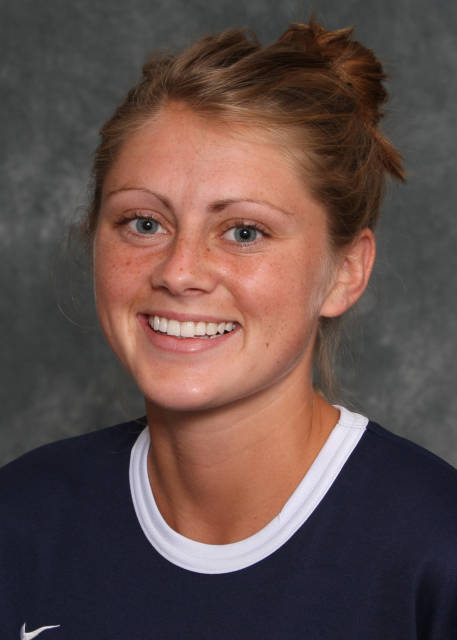 Junior midfielder Sinead Farrelly has been named the final ACC Women’s Soccer Player of the Week for the 2009 season. Farrelly, a native of Havertown, Pa., scored the game-winning goal in both of Virginia’s critical victories over fourth-ranked Florida State and Miami. The 1-0 win over FSU was Virginia’s first over a top-five opponent since 2003. The 2-0 win over Miami clinched Virginia’s berth in the ACC Championship. Farrelly’s seven goals this season are a career high. She was also named, for the third time, first team all-ACC.

Finally, the Associated Press announced today its All-America team. Virginia senior guard Monica Wright becomes the first Virginia player to earn this honor since current assistant coach and former Cavalier great Wendy Palmer (who had just returned this year!) in 1995-96. The Woodbridge, Va., native led the ACC in scoring last season (20.5 points per game) and was recently named the ACC Preseason Player of the Year. A candidate for the Wade and Naismith Trophy as well as the Wooden Award, Wright adds this honor from the AP to a preseason list that already includes first team All-America nods from The Sporting News and Lindy's.

"Monica is a very humble player who shuns the spotlight," Virginia head coach Debbie Ryan said. "She is more than deserving of this honor, and has been the heart and soul of this program since she arrived."

Congratulations to all of these fine student-athletes, and we thank you for representing Virginia Athletics!

Pieces courtesy The ACC and VirginiaSports.com