Fuzzy Sabre: The Great Experiment is Over

Share All sharing options for: Fuzzy Sabre: The Great Experiment is Over

Fans can breathe a sigh of relief. After his football debut -- and only -- appearance two long weeks ago against Richmond, the Sabre mascot has been laid to rest, according to Every Day Should Be Saturday. The Virginia Athletics department had tested out the fuzzy creature for the past several seasons at John Paul Jones Arena during men's basketball games, but most people either did not notice its presence or was thankful enough that it was not released on a larger scale that they did not raise up a stink.

For those who missed it originally, we don't know how you managed to do that. But here he is, Sabre, in all his glory. 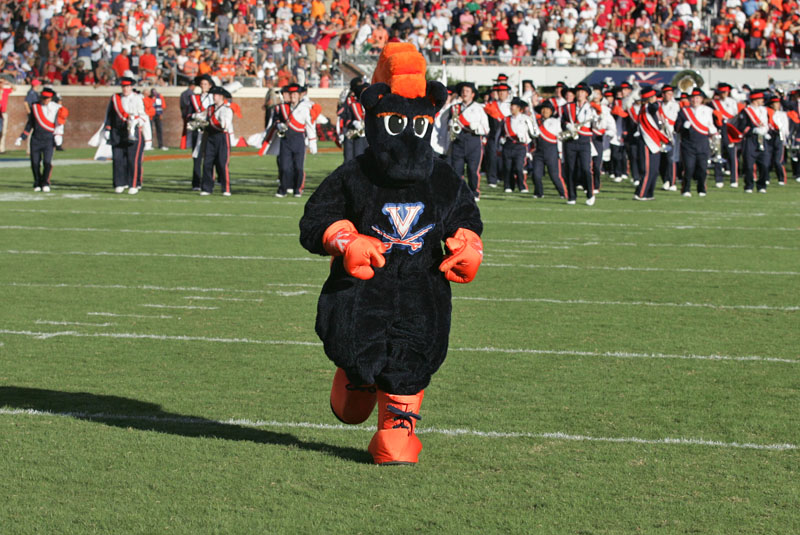 This is not a test. That really was what new face of Virginia Athletics. Sabre ran alongside of Cav Man throughout the game, and at one point even crowd surfed his way to the top of the student section.

Via an actual live UVA source, we have it on good word that the Pokemon Elimination Robot mascot has been euthanized quietly after most people agreed it was just a fuzzy, obese horse in Ziggy Stardust boots.

We generally try not to link to any Hokie propaganda around these parts, but The Key Play came up with a few quality jabs at this little guy: 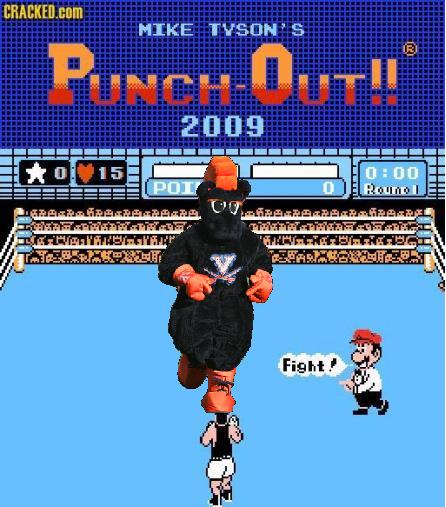 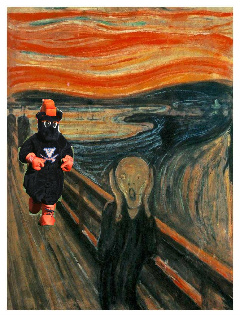 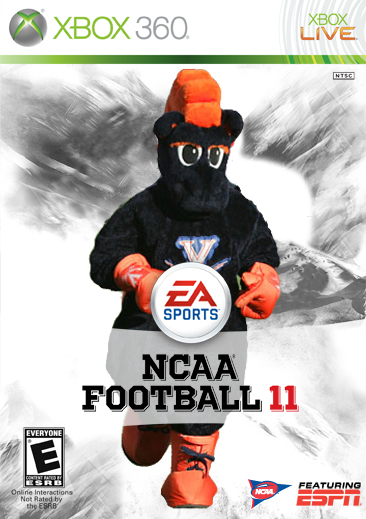 Assuming EDSBS's sources are reliable, I can't help but look into this little guy's eyes and feel a little bit bad for what should really be filed under the "Missed Potential" folder.