We're coming at you live from the 2011 Chick-fil-A Bowl where blue and orange is flooding the Georgia Dome. Virginia just announced that senior cornerback and All-ACC selection Chase Minnifield will NOT be playing in tonight's matchup on account of his knee injury.

In the meantime, for those of you who couldn't make it out to Atlanta this weekend, we thought we'd go ahead and upload a few pics your way. Print them up and tape them around the room and it'll be like you're right here in the middle of all the action. 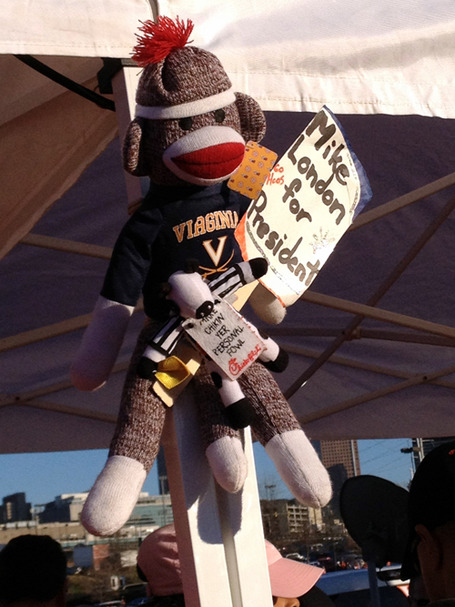 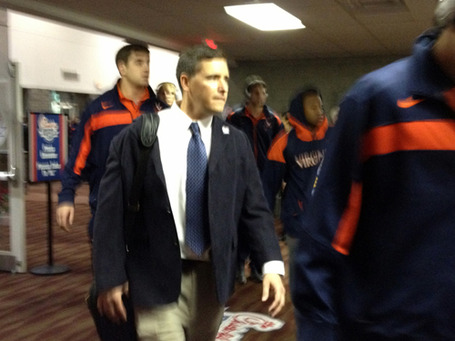 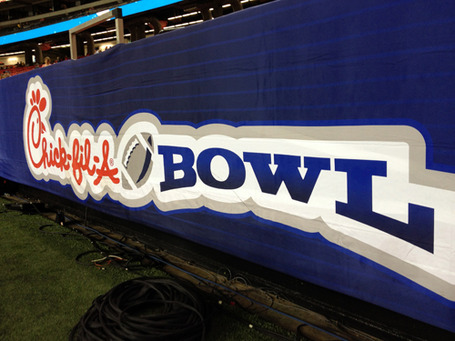 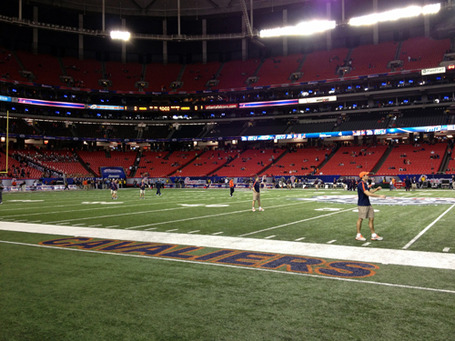 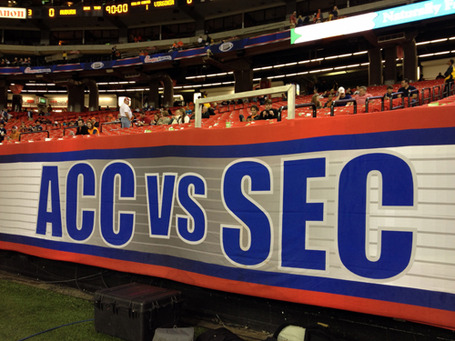 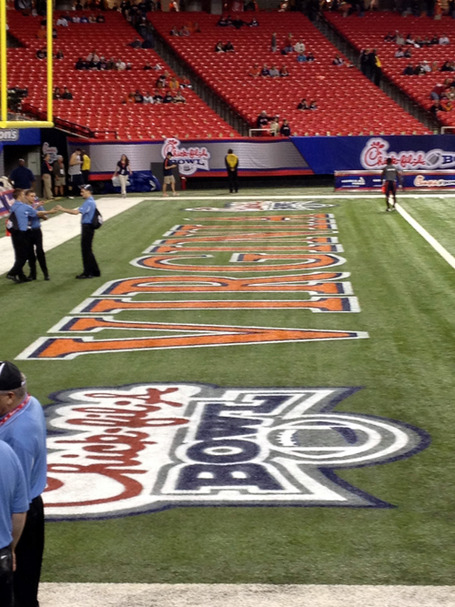 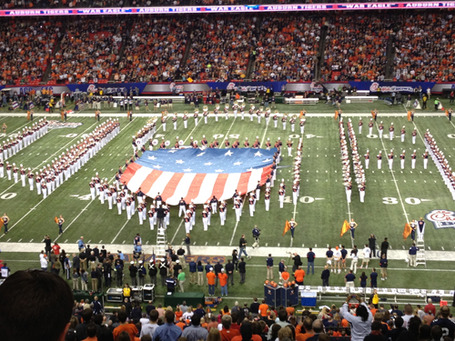 Patriotism by the Auburn band.

We'll have ongoing coverage of the 2011 Chick-fil-A Bowl between the Virginia Cavaliers and the Auburn Tigers, so keep it tuned right here, on the game thread, and on Twitter (@TheUVAFool).