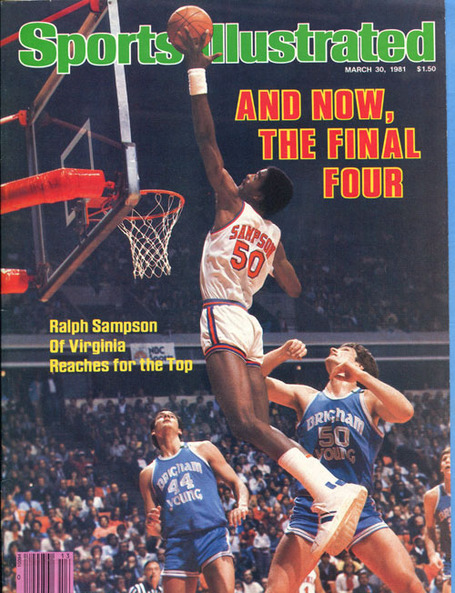 "He changed the whole game, the whole game," said ESPN analyst and former Duke forward Jay Bilas, who was a freshman when he played against Sampson as a senior. "It was like playing against your dad in the driveway. You had no shot. I held him to 36 points and thought I did a pretty good job."

Sampson led the Cavaliers to a combined 37-5 ACC record during sophomore, junior and senior seasons. By comparison, North Carolina went 38-4 with Michael Jordan.

Sampson was drafted overall No. 1 by the Houston Rockets and was named Rookie of the Year in 1984 and MVP of the All-Star Game in 1985. He led the Rockets to the NBA Finals in 1986 before knee injuries truncated his otherwise prolific NBA career.

During his three seasons in the NBA, Sampson averaged 20.9 points and 10.7 rebounds.

"Ralph's NBA achievements in his pre-injury years would probably put him in the top 10 of all-time NBA players," said Sampson's former Virginia coach Terry Holland. "Very few NBA players have had such high expectations and were able to live up to those expectations so successfully in their first three years."