It's still a little too painful to discuss in full detail, so I'm just going to link you to the wires that will explain to you that, with less than 40 seconds to go, Virginia blew a 10-point lead to allow the game to go into overtime and ultimately for the ninth-seeded Hurricanes to emerge victorious. And, you might think I'm talking about the first meeting between these two teams, but I'm not. That's right. It happened again.

Three years ago, Bill James came up with a formula to figure out when an announcer can say with 100% statistical confidence that "That'll do it, folks. This game is over."  Six months later, the folks over at StatSheet.com, a great resource to compare two teams statistically, including the popular "four factors to winning," tested the formula on the close to 10,000 games that StatSheet.com had at the time.

Not a single game failed the Bill James test. James had, of course, tested it himself, and found only one game that failed to meet the test: a UNC comeback in 1974, when the Heels were down by 8 with just 17 seconds to go against Duke.

Simple as pie. So how does this work with the Virginia-Miami collapse?

As it turns out, the lead was not safe. Virginia somehow managed to put together one of the worst collapses not just in school or tournament history, but in the history of basketball itself (unclear whether I meant this statement as a hyperbole. An hyperbole?).

And now, I present to you a photo montage of today's disappointing loss. 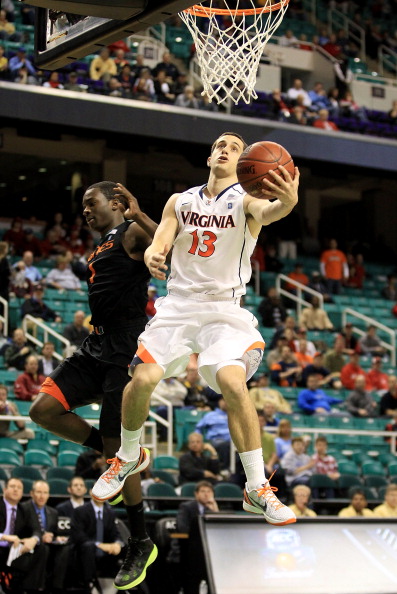 I'm Sammy Zeglinski. I scored 25 points last game and am pretty freaking awesome. Also, I appear to be able to stand calmly on air. 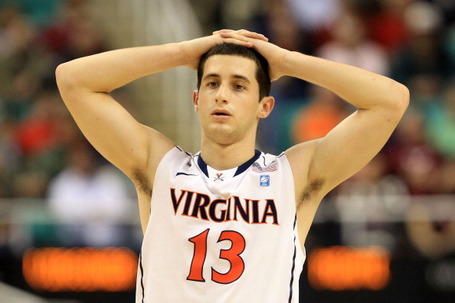 I'm Sammy Zeglinski. I seeing the collapse and feel helpless in the matter. This stresses me out, and I must assess the situation. 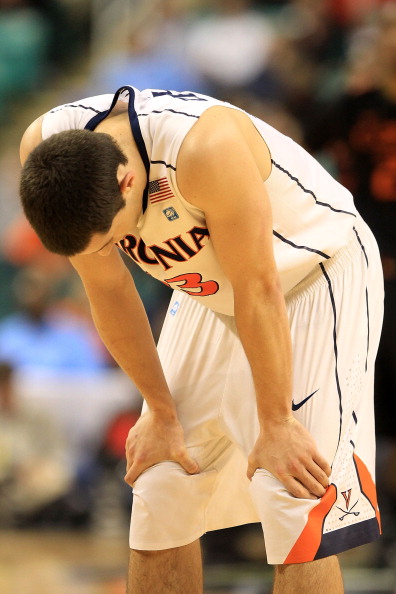 I'm Sammy Zeglinski. I am saddened because we just allowed Miami to come back and take this game into overtime, in what will go down as one of the greatest comebacks in tournament history. A couple Miami threes, a couple missed free throws, a couple Virginia turnovers, a couple Miami easy buckets. I'm not mad. I'm disappointed. 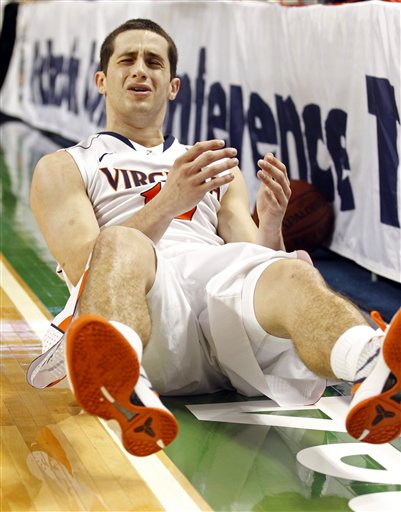 We lost. Now I am extremely sad.