Former Virginia Linebacker Clint Sintim ('09), a second-round draft pick who missed this season on injured reserve with a torn ACL, may have jumped the gun yesterday when he accidentally tweeted a "sneak preview" of what the New York Giants' Super Bowl ring may look like.

Here are the two tweeted pictures: 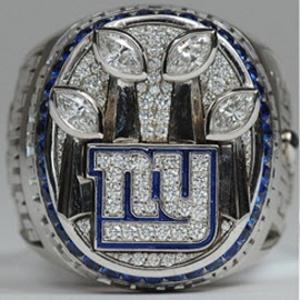 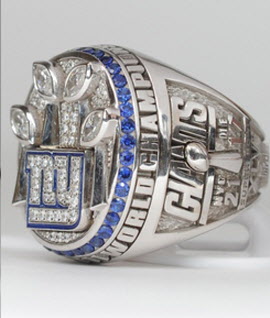 Sintim later took down the pictures and posted a retraction tweet:

RT: Saw the ring online not official yet....official release will be presented by GIants organization... Sorry

Fellow teammate Justin Tuck added via Twitter, "People, I don't know who started the post of the ring. But we haven't decided on the final ring yet. "

"It's under design, I know," Giants VP Pat Hanlon said in response to questions about the picture. "I do not know if it's been finalized."

The ring is being kept under wraps until its May 16 unveiling at Tiffany's.