Share All sharing options for: Former Cavalier J.R. Reynolds checks in to wish the Hoos well

As the Virginia Cavaliers get ready to take on the ACC Tournament and possibly the NCAA Tournament, we thought it'd be an appropriate time to check in with former Cavalier J.R. Reynolds, who led the Hoos to their last NCAA Tournament his senior season in 2007. That year, the Cavaliers took a share of the ACC regular-season title behind Reynolds' 18.4 points, 4.0 rebounds and 3.7 assists per game.

While a Cavalier, Reynolds earned all-conference honors all four years; he was named to the ACC All-Freshman Team in 2004, earned an ACC All-Defense honorable mention in 2005, made All-ACC Third Team in 2006 and All-ACC Second Team in 2007. Reynolds led the Hoos to the second round of the NCAA Tournament before falling to No. 5 seed Tennessee.

"This is my fifth year overseas," Reynolds told us. "Two years in Italy and three in France. This season with Gravelines has been good... We are currently in first place now, so hopefully we can finish the season on top."

The BCM Gravelines Dunkerque Grand Littoral basketball team, based out of Gravelines, France, plays in France's top flight, the French Pro A League. The Gravelines are currently tied for first with a 17-3 record. As a starting guard, Reynolds averages 6.9 points per game, shooting 40.0% from inside the arc and 36.0% from beyond. He is also shooting 80% from the free throw line.

"The experience in both places has been good so far. I know more Italian than French, but I'm still working on my French. So hopefully by the end of the season I will know a little more than I do now," Reynolds joked.

We talked briefly about comparing his professional career with playing for Virginia in the ACC. Fighting with experience was the toughest challenge. 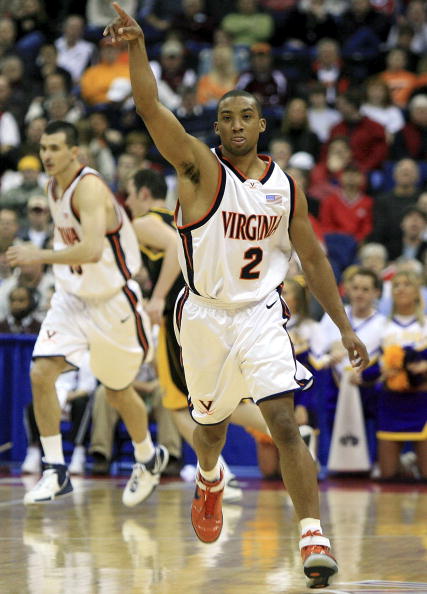 "The biggest difference between my professional career and college is you are going against older and experienced players," Reynolds said. "The little things you may gotten away with in college you can't do at the next level."

Well that explains Duke players. We didn't get a chance to dig in on why it's so easy to hate Duke, but I'm fairly positive we'd find a lot to talk about.

Just prior to joining Gravelines, Reynolds returned to the US to give the NBA Development League a quick go. In three games, he averaged 12.0 points per game, shooting 36.7% from the field and 41.7% from the three. Unfortunately, 22 of those points came in the first game, a number that would dwindle down to nine and eventually five in the next two games.

"The NBA D League was an experience the little time I was there," Reynolds said. "I wanted to give it a try and see what could happen. Unfortunately, things didn't work out as planned so we had to make a change."

Speaking of change, we couldn't let Reynolds off the hook without asking him a little bit of his time back in Virginia. He had a lot of fond memories in Charlottesville and had some troubles narrowing it down to one.

"The fans are one of the best memories," Reynolds said. "From the first game to the last game we had at JPJ my senior season, they had a big part of the success we had in that gym. That first game against Arizona, I believe, when Michael Buffer was there, was crazy."

"The game against Duke was also a great memory," Reynolds added. "I just miss just interacting with the students on campus. I love that place."

Whereas this author thinks we're still on shaky ground, Reynolds thinks the Hoos are in the big dance.

"Coach Bennett and his staff have done a terrific job with the team this year. They are playing well right now, even with the tough toss against UNC the other day. If everybody stays healthy, then I think they will do good in the tournament, which i think they should make it.

He closed with this, "Good luck Hoos on the rest of the season. I will be cheering for you guys all the way across the water."