Did your favorite UVA bar make the cut?

Thirty-two bars enter...one survives, as Streaking The Lawn kicks off the 2013 C'ville Bar Madness tournament! Last year, seventh-seeded St. Maarten's came up with the big upset victory to be crowned King of the 'Ville in the inaugural bar tournament to end all bar tournaments. St. Maarten's took down such behemoths as top-seeded Biltmore and fourth-seeded McGrady's on the way to the title.

This year, we opened it up to you the readers to help us determine the seedings for the 2013 C'ville Bar Madness. You came out in droves, and we're excited to announce this year's Blue and Orange regions.

Here's the rest of this year's field -- click for your printable version! 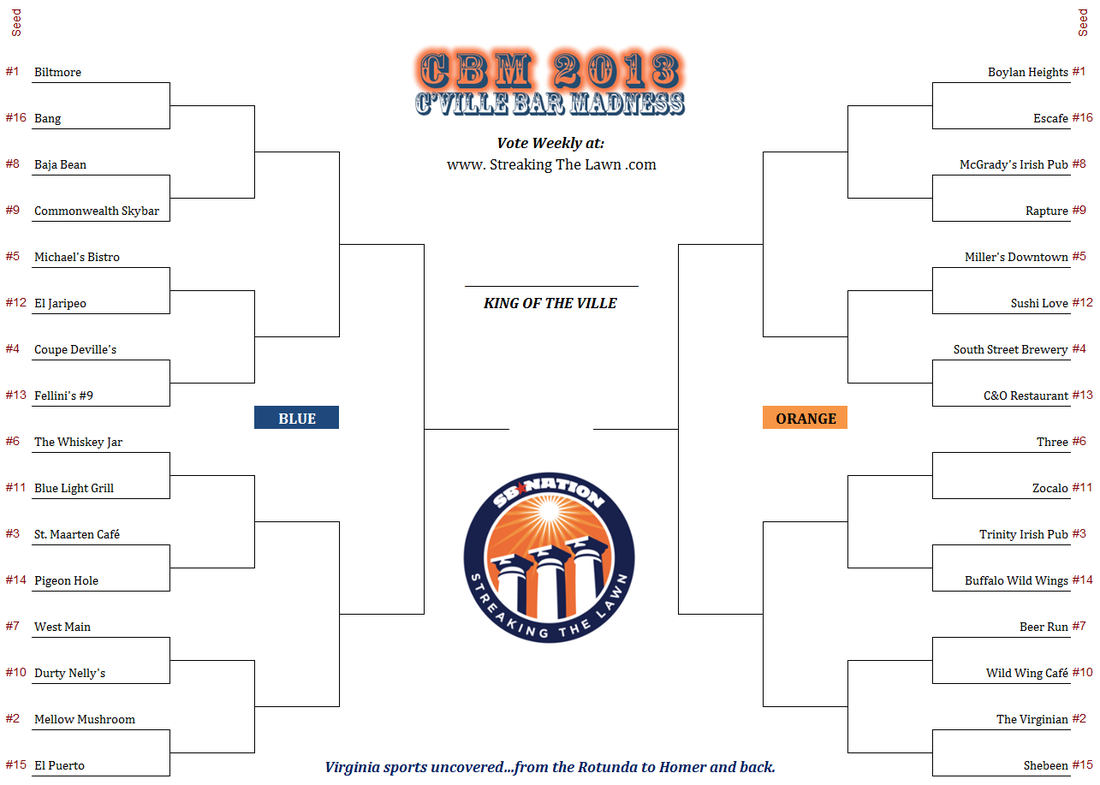 Voting will take place as follows:

The shorter voting time for the Final Four round is in order to get the start of the Championship round going before Final Exercises.

Last year's competition heated up between the bar owners, with grassroots campaigning, promised victory parties, and even a potential trip to Vegas on the line! What will this year's C'ville Bar Madness hold? Only time will tell. Let the madness begin!

Note: Bar owners, if you didn't receive an email, let us know!