Final Four! We gave each of the four remaining bars an opportunity to describe themselves in their own words, because if they've made it this far, they are clearly worth checking out. (We didn't give them much time to get it together, so we'll update this as we get responses in -- cut them some slack!)

Last round, the fifth-seeded Miller's Downtown took down top-seeded Boylan in what was probably the biggest upset of the tournament. Do they have enough in them to carry the torch through to the championship round over corner staple The Virginian?

On the other side of the bracket, Maarten's seems to be drumming some controversy amongst readers who continue to be surprised by the bar's success in this tournament. Will top-seeded Biltmore be able to flex its muscle over and definitively end the drama?

Just TWO DAYS to vote in this round! The votes will be tallied Tuesday night at 10:00 p.m. 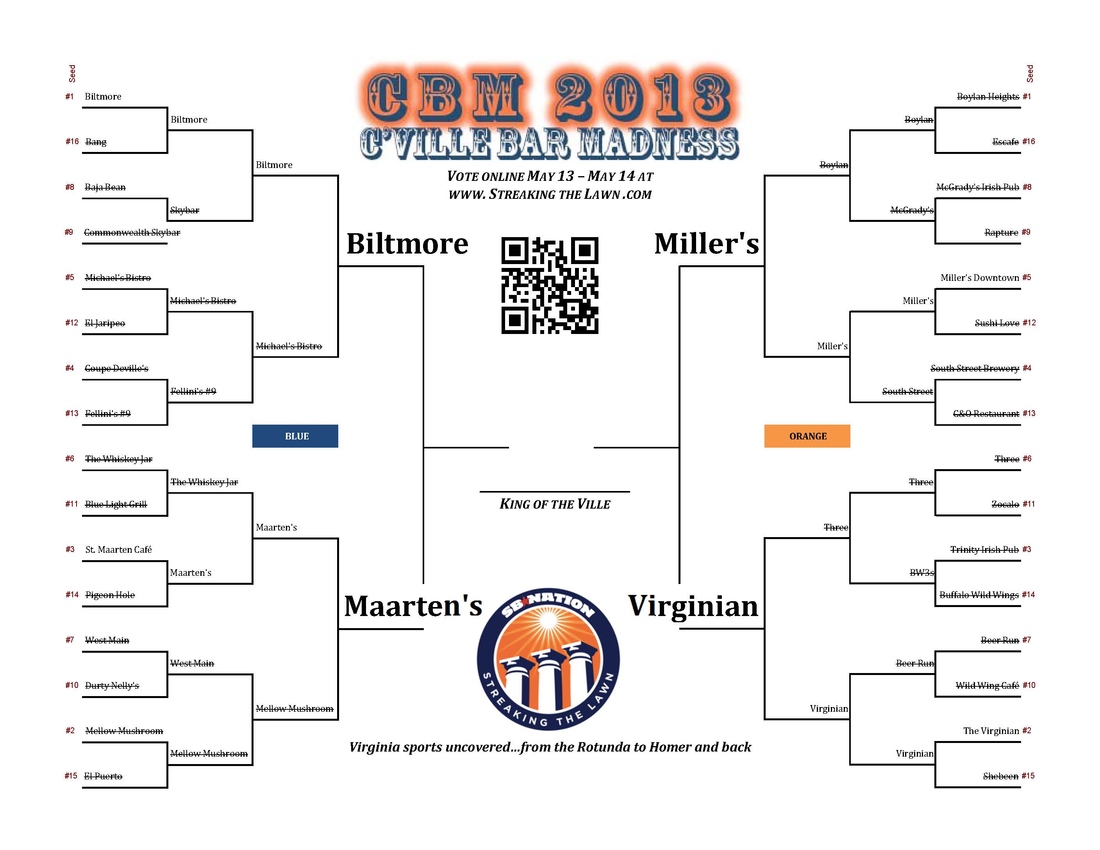 Without further ado, here are your Final Four matchups! Get your votes in and leave your comments!