The month-long tournament has come to a close, as Miller's Downtown brings home the crown, upending the former champion St. Maarten Cafe. Both bars had heroic battles to the championship round, with each taking down the Nos. 1 and 2 seeds in their respective regions. In the end, the ground campaign that Miller's deployed just proved too much, mobilizing their student- and Charlottesville resident-fan bases through Facebook.

Here's how the final vote tally came out:

And for those of you wondering how Miller's's's's path to the title came to be, here's your visual representation: 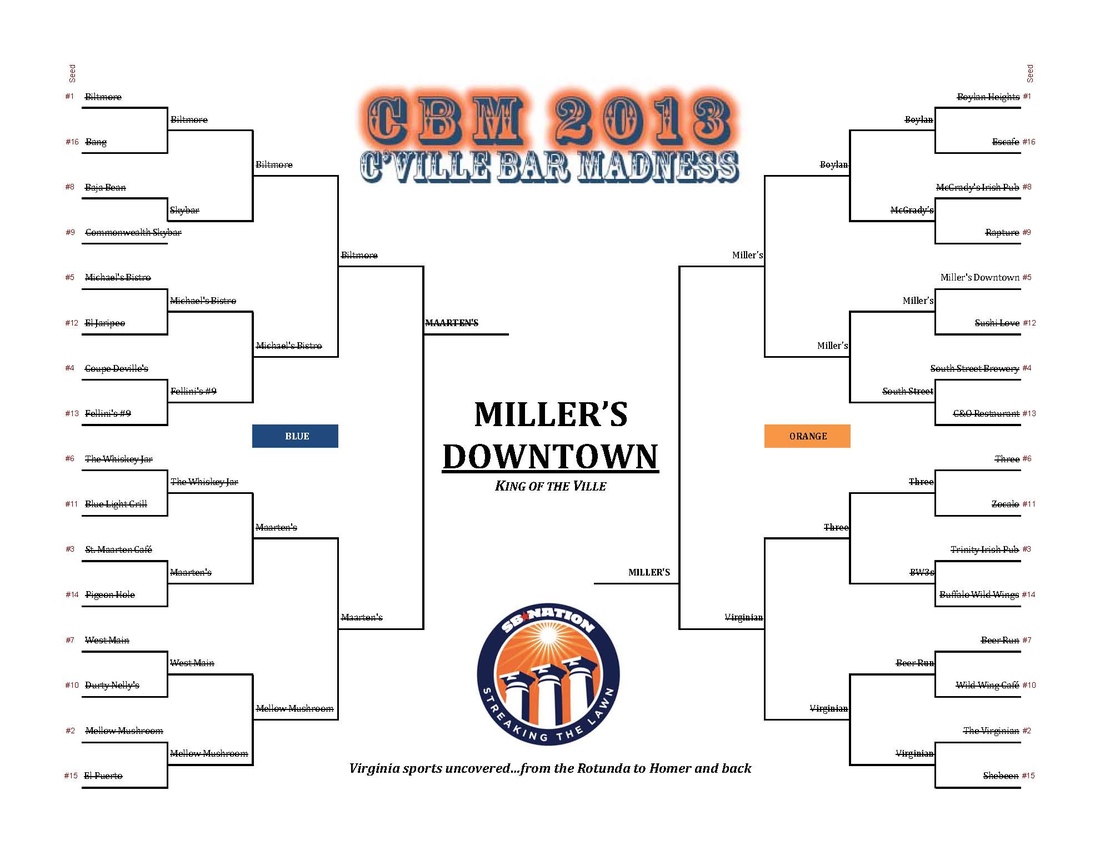 So the next time you find yourself wandering around the Downtown Mall -- or really, wandering around anywhere in Charlottesville -- looking for a nice place to drop in and grab a bite to eat, a beverage, or just groove to some free live music, you know where to go, because there's only one King of the 'Ville!

Congratulations to Miller's, and we look forward to seeing who will step up to the plate next year!

We originally had a "One Shining Moment" montage (the Luther Vandross version, obviously, not the Jennifer Hudson version) all teed up, but it turns out that showing people click on their computer screens and vote tallies going up one at a time does not make for riveting television.