We continue our weekly .gif preview with this week's game against Nike. The boys are big time dogs, but that's why you play the game!

This week's coverage from STL has allowed us to meet lots of "colorful" people from the left coast. Before I get to the game I want to introduce you to some things I have learned about Nike.

1) Even though the entire planet has named the Ducks' offense as the "blur offense," they don't say that in Eugene and therefore YOU SHOULD NOT USE IT! WHY WOULD YOU USE IT?! WE DON'T SAY THAT SO YOU SHOULDN'T!

2) Think your team has a chance? They don't, and every Nike fan would like you to know that. Mention one negative thing about them and this is the reaction you get:

3) Phil Knight has given Texa$ level amounts to the school. Open their eyes to the fact that everyone else in the country thinks there might be some shady things going on and they go full on: 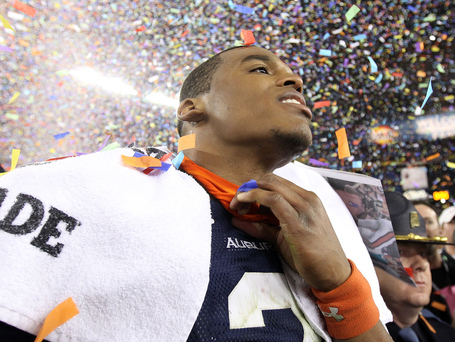 Hoos shocked us all last week and upset the Mormons through all the rain, fireball shots, lightning, sundresses, and thunder. We all woke up on Sunday and looked at the schedule again to see what was coming this weekend

This is not going to be pretty. Nike is going to take the field and be all like.....

They'll take the ball on the first drive and probably score in 5 plays and .0398234 seconds. Watford will get a first down and we'll look to each other knowing the inevitable

Hoos will be down 21-10 at half. I imagine this is how the meetings at halftime are going to in the UVa locker room