Syracuse vs. Virginia: Sights and Sounds

Relive some of the happenings around Virginia's big win over Syracuse at JPJ on Saturday.

Share All sharing options for: Syracuse vs. Virginia: Sights and Sounds

John Paul Jones Arena was in rare form on Saturday as the Cavaliers played host to the Syracuse Orange. I was on site, and here are some of my favorite moments from the event. Enjoy! 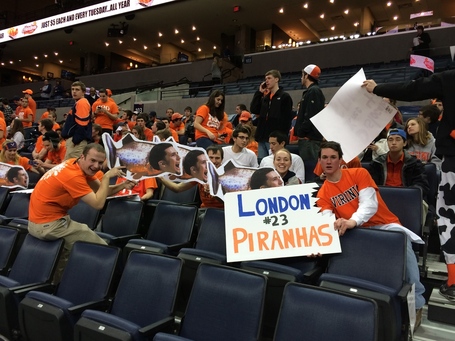 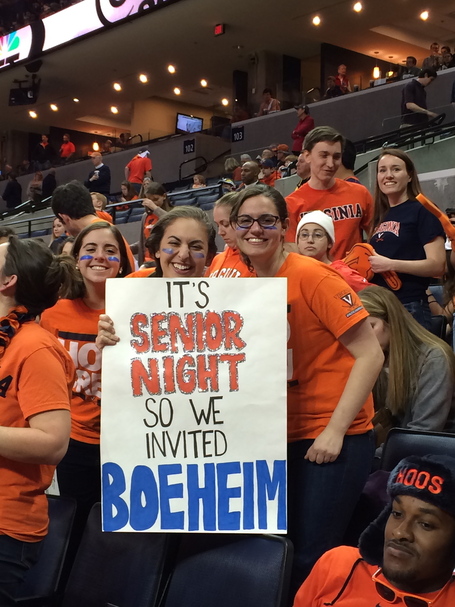 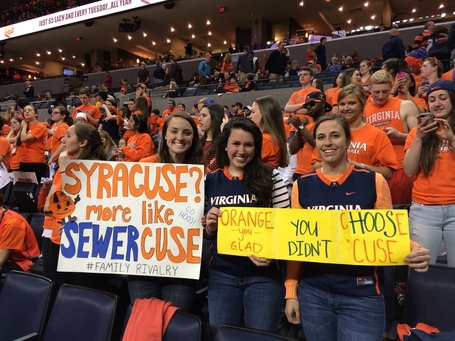 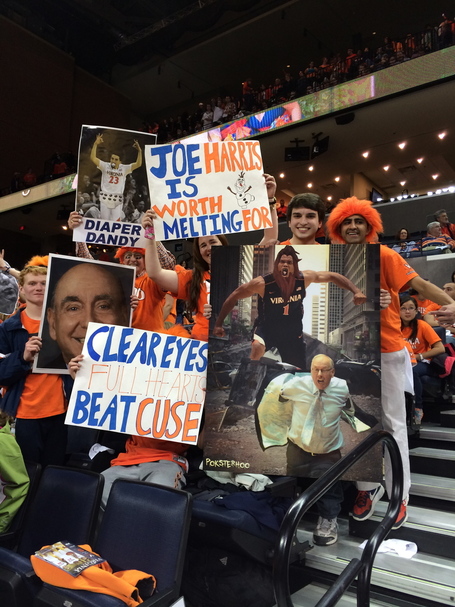 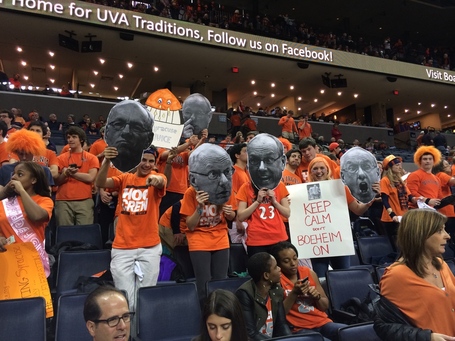 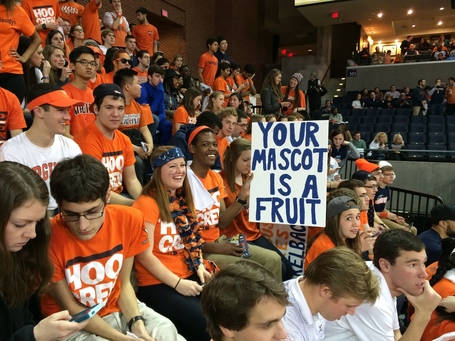 So simple. So funny...and here's my possible favorite of the day: 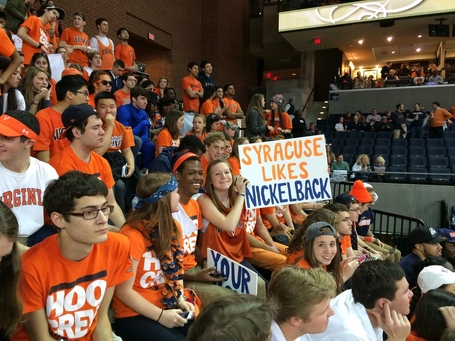 Prior to the game, the students had some fun with Dickie V. 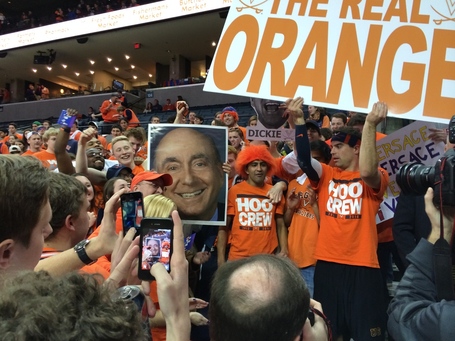 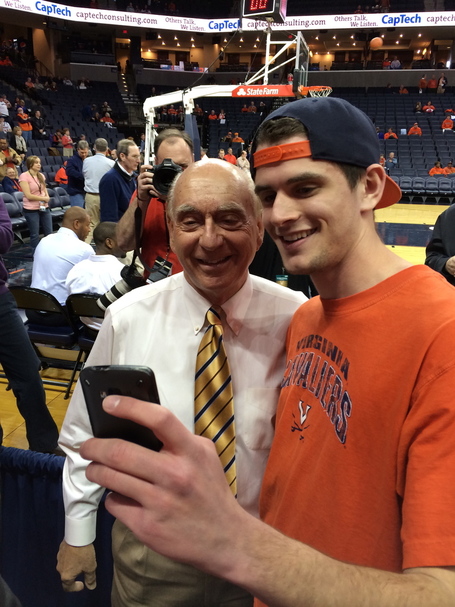 The crowd was hyped from the get go, which was evident as the team took the court for the first time.

Throughout the game the intensity never wavered, and Akil Mitchell even said at one point the sound was making his ears pop.

Virginia alums were on point on Twitter throughout the game, adding their perspective and support.

Don't dare call it an upset -- Cavs are the better team!! #UVAvsCUSE "That good old song of WaHooWa..."

London Perrantes could be the best PG Uva has seen since Buzzy Wilkinson!

That's high praise coming from the one and only Sean Singletary. The top Twitter award of the day, however, must go to Chris Long.

Come on HOOS fans stand up for tip off!!!

JPJ how you say... Turnt

In your face gary gait

Prior to the game, the fourth years were recognized, and Thomas, Akil, and Joe (#swoon) received deafening cheers. Joe's sister, Kaiti, posted this gem (which could probably also be a Virginia-themed J.Crew ad):

Such an amazing night!! So glad we were all together to be apart of it! #GoHoos #ACCchamps pic.twitter.com/T5bSmQBLlC

Thank you for four years, and way to go fans. Bring that enthusiasm back next season!