Half of the teams advancing to the quarterfinals of the 2014 NCAA Lacrosse Championships were underdogs in the first round, as three seeded teams went down on a wild Sunday afternoon. Johns Hopkins upset No. 8 Virginia, Drexel upset No. 4 Pennsylvania, and Bryant -- a play-in game winner -- upset No. 2 Syracuse. Meanwhile, top-seeded Duke rolled over Air Force.

No one reading this site really wants to relive the Hopkins-Virginia game, a 14-8 loss for the Hoos, but if you do, you can scope it out here. After an explosive Blue Jay offense in the first half, Virginia found themselves down at one point 8-2, in a game that looked all but lost. But the Hoos would fight back, coming back as close as down one, 9-8, before Hopkins turned it back on and closed out the game.

The Drexel victory was not without its own share of drama. With under 20 seconds left in the second quarter, it looked as though the Dragons would be going into the locker room at a 6-4 deficit to Penn. But Drexel would score three goals in the final 17.7 seconds of the quarter to close out the half with a 7-6 lead, a lead they wouldn't give up en route to a 16-11 win.

Bryant, who already defeated Siena earlier this week just for the right to play Syracuse, is advancing to the NCAA Quarterfinals for the first time in program history. The 10-9 win for Bryant at the Carrier Dome advances the Bulldogs to face seventh-seeded Maryland next week. This is only the sixth season for Bryant Lacrosse. You can relive the fourth quarter by way of College Crosse, SB Nation's premier expert on the sport.

Finally, in a snoozer ho-hum of a game, Duke just demolished Air Force, 20-9. Air Force had played Richmond just several days earlier in the play-in game. Duke has made Memorial Day weekend in each of the past eight years.

The action picks back up for the rest of the field next weekend, though Virginia won't be participating. Here's your updated bracket: 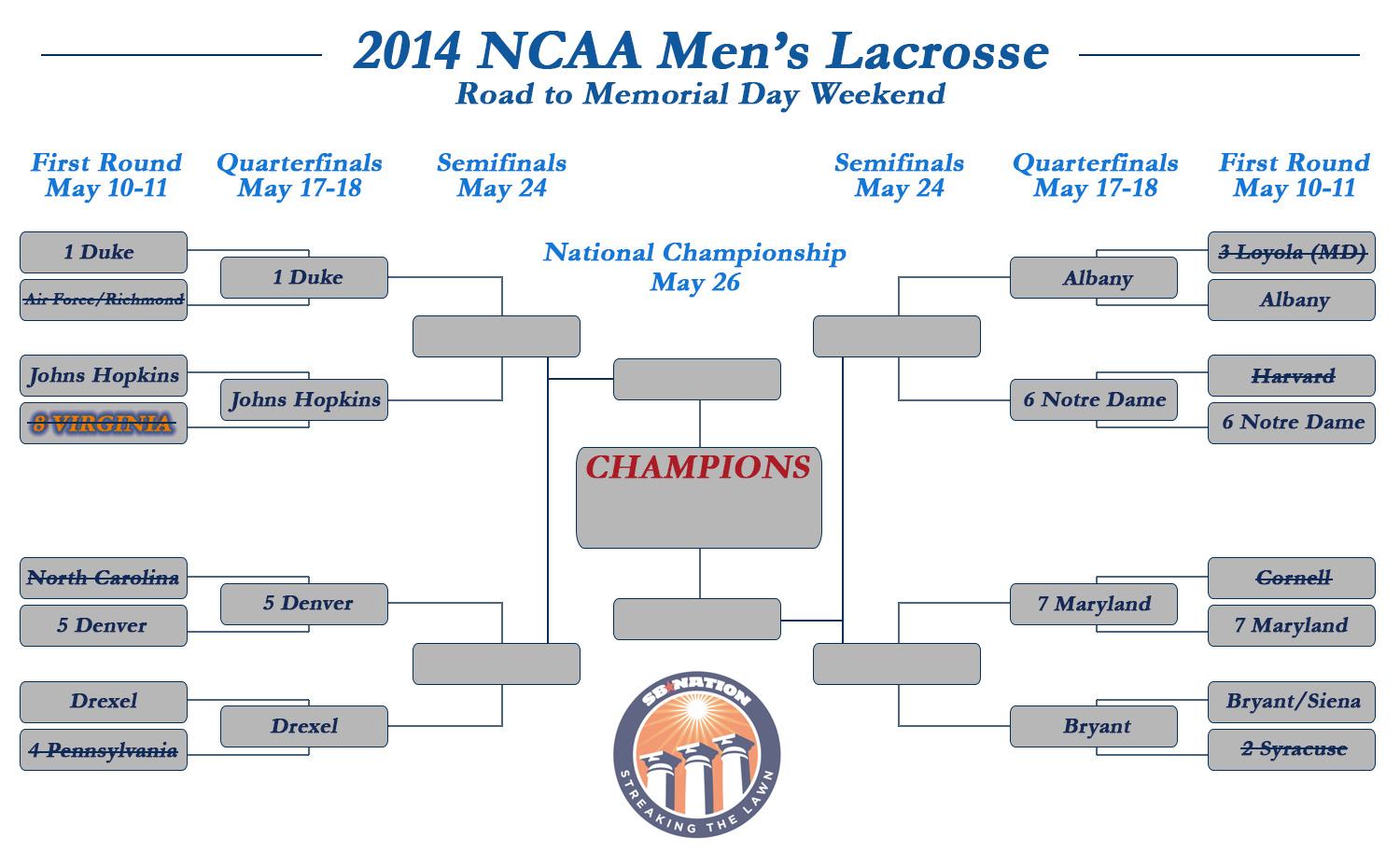