Virginia Earns No. 8 Seed In NCAAs

Virginia rebounds from missing the dance last year to host a first round game in Charlottesville as the No. 8 seed nationally.

Share All sharing options for: Virginia Earns No. 8 Seed In NCAAs

Good news: Virginia men's lacrosse is back in the postseason! And they're seeded, meaning a home game at Klöckner Stadium!

Bad news: They're the eight seed, and that game is against Johns Hopkins.

Worst news: If the Hoos get past a tough Hopkins squad, they get to play Duke! Because of course!

All in all, it is an epic bracket this year, so really any seed in any position would have resulted in a difficult first round matchup. There are no more easy games with the parity seen in today's game.

Here is the full bracket: 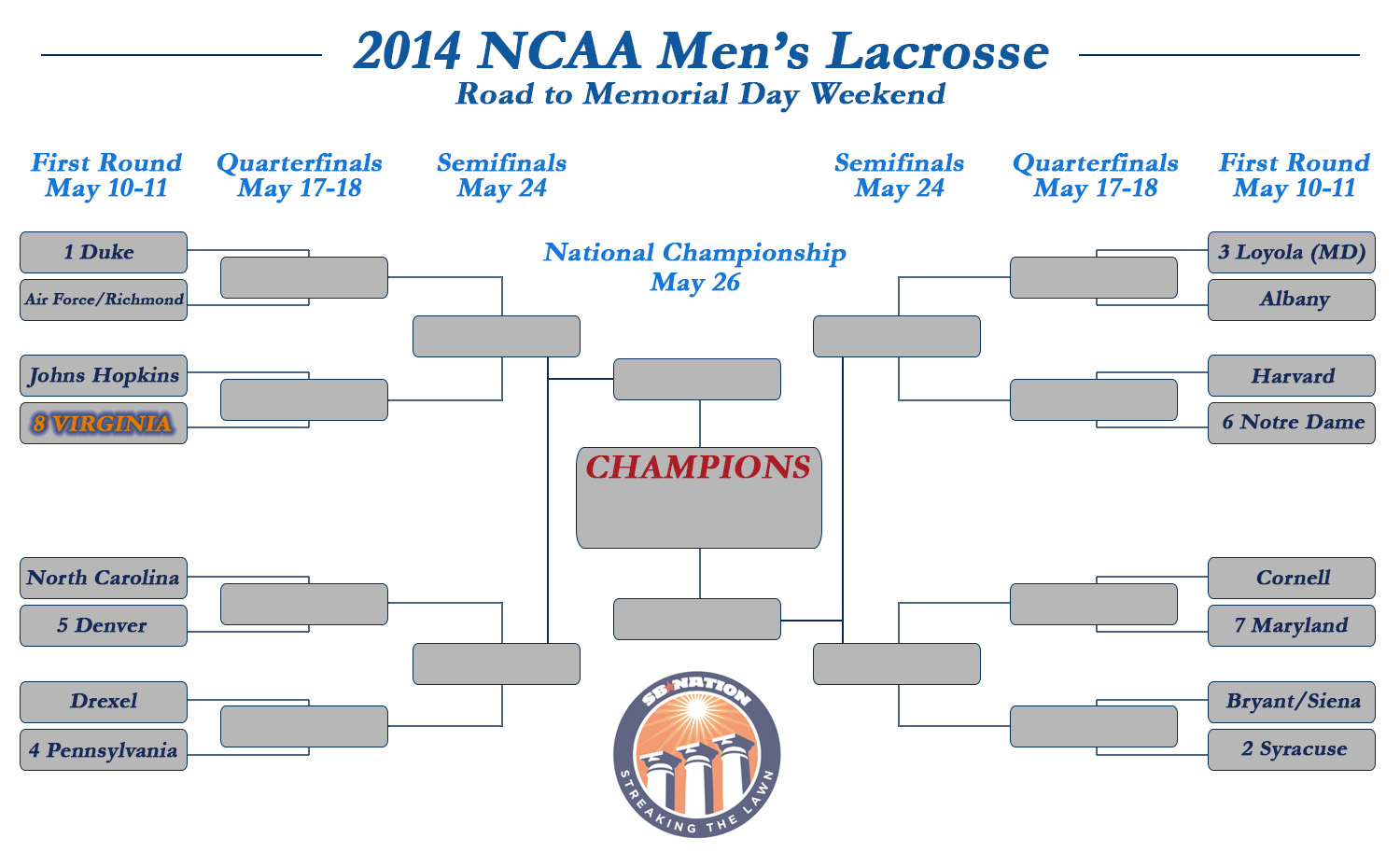 Virginia has played Johns Hopkins already this season, resulting in an 11-10 Wahoo overtime victory to return the Doyle Smith Cup to its rightful owners in Charlottesville. Greg Coholan led the way with three goals (including the winning tally), while James Pannell, Mark Cockerton, and Ryan Lukacovic all chipped in two tallies. First year goalie Matt Barrett played extremely well with 16 saves between the pipes.

The Hoos and Blue Jays will face off at 1pm ET Sunday on ESPN2. I heard your mom wants to go (don't forget...it's Mother's Day).