The Cavaliers open up the season against in-state opponent, William & Mary.

Share All sharing options for: THE COLUMN: Virginia vs. William & Mary Complete Preview

WHERE TO WATCH: WatchESPN, ACC Network

Guess Hoos back? (Back again.) Football's back. Tell a friend. The long, curious, winding offseason is no more. As of 3:30 PM on Saturday, Virginia football is officially back in action. And we won't have to wait long to find out just how "back" the program really is. Is this another year with an embarrassing FCS loss at its beginning? Or one with Yuletide bowl glory at its end?

Our first hint at the answer to that question comes against a William & Mary team that staggered through 2016 as well. Legendary coach Jimmye Laycock may have doubters to silence after a 5-6 campaign that saw in-state rivals JMU and Richmond claim a national title and a top-ten final ranking, respectively. Both teams will enter Saturday's matchup with bad taste to rinse out. Only one can sip victory's sweet nectar.

No surprise here. Blanding is the anchor for the Cavaliers’ defense. Last year, he amassed 120 total tackles which was second best in the ACC. For those wondering, Virginia’s own Micah Kiser, with 134 tackles, was first. Now a Fourth-Year, Blanding will be the de-facto leader for the defense and will be expected to bring consistency and big plays.

UVA’s starting quarterback knew that being part of a rebuilding program would be no easy task. Last year, Benkert showed flashes of brilliance, but was also plagued by an injured shoulder. This year, a rejuvenated Benkert will lead a familiar receiving corps and we should expect to see a larger emphasis on the passing game, especially with Taquan “Smoke” Mizzell gone.

The Cavalier’s main man (whose Wiki page photo hasn’t been updated yet) is now in his second year. With players like Benkert, Kiser, Blanding, and Zaccheaus all returning - one would hope that UVA’s system is more cohesive on and off the field. Ultimately, fans will expect that Coach Mendenhall will improve on last year’s 2-10 record and translate the success he had at BYU to Scott Stadium.

2015 was the last time that the Hoos and Tribe faced off and Dedmon finished with seven catches for 80 yards and two touchdowns. Last year, Dedmon was plagued by a foot injury and totaled 533 receiving yards and five touchdowns on the year. This Saturday, expect him to be targeted early and often.

Head Coach Jimmye Laycock is a William & Mary legend. He has served in this position since 1980, seeing the team through five different conferences. Last year, the Tribe has somewhat of a disappointing season, finishing with a 5-6 record. The biggest question that Laycock will have to answer is their current carousel at quarterback following the departure of veteran QB, Steve Cluley.

This spot might be better left as a silhouette of a quarterback given that W&M Head Coach, Jimmye Laycock has yet to name a starter. McKee, however, has the most experience in the system. As a freshman and sophomore, he served as back-up and should be poised to take charge (or at least a majority of the snaps) this year. However, there are four other QBs in W&M’s depth chart fighting for the spot as well.

This poll is closed

Join us Saturday at Scott Stadium as Malc will be recognized during the 1st quarter of @UVa_Football @WMTribeFootball ⚔️ #GoHoos pic.twitter.com/Rh5YjjivZp

Woodrum to Smoke for the score! pic.twitter.com/khH8Y3I9ex

Lambeth Field: Then and Now. 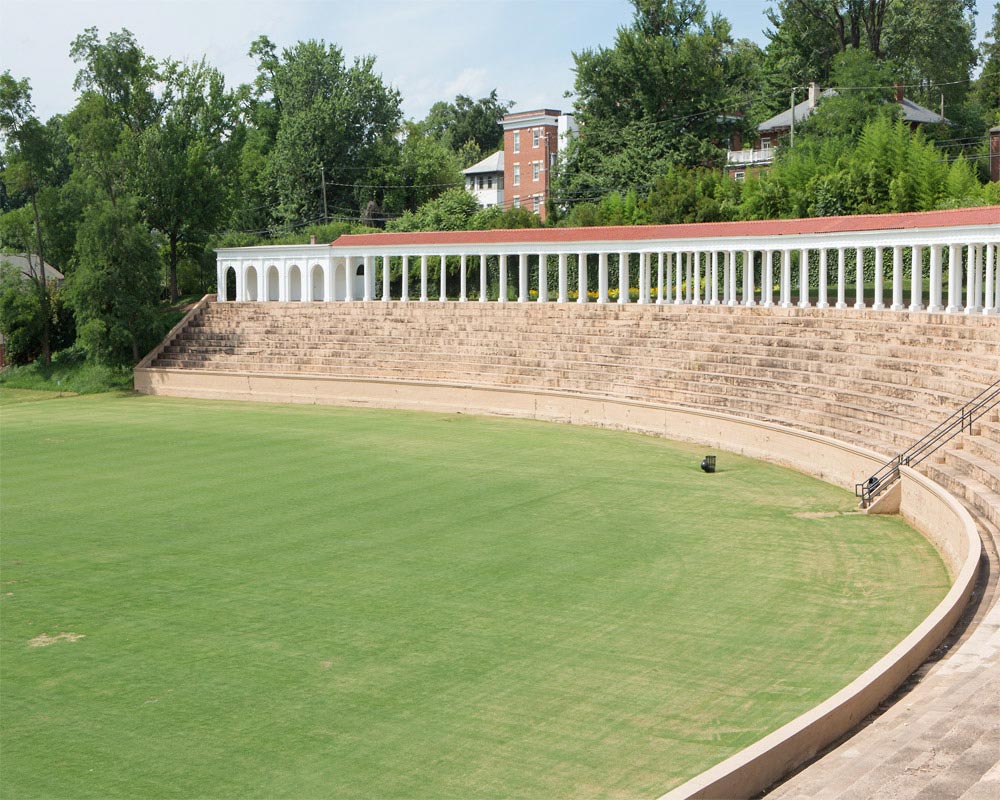