Things are getting serious fast in Charlottesville

Share All sharing options for: #25 Virginia to square off against #14 VCU in ESPN 24-Hour Hoops Marathon

There have been months of build up to the 2013-2014 Virginia basketball season, and the nationally televised match-ups, sellout crowds, and marquee wins that would go along with it. Well, parts 1 and 2 are ready to go tonight. ESPN2 will feature tonight's Virginia-VCU matchup as part of its "24 Hour Hoops Marathon." JPJ is sold out, the first time for a non-conference game since 2007, when Syracuse visited. It's up to the Hoos to pull off the big win.

The Wahoos are coming off a 61-41 victory in the team's season opener vs. JMU. There was a lot to like for Coach Bennett in that game. The defense held the Dukes to just .66 PPP, even despite a few too many breakdowns. The Gill/Mitchell/Tobey/Atkins foursome dominated the interior on both sides of the ball. Malcolm Brogdon showed an improved shooting stroke and the ability to handle the point guard position, while first-year London Perrantes was mature and steady, both characteristics that will be vital against the Rams.

There was also some cause for concern. The offense's .99 PPP, driven by 22% 3-point shooting and 50% free-throw shooting, must improve. Joe Harris never had a chance to assert himself, scoring just 5 points, and fellow all-ACC returner Akil Mitchell never got going either.

The Rams had a similarly easy home opener, defeating Illinois St. 96-58 in a lightning-fast 82 possessions. In a total team effort, no VCU player scored more than 14 points; the team shot 60% on twos and 45% on threes. Illinois St. scored .72 PPP, as they launched 23 threes, making 4.

Fans are well-acquainted with VCU's "Havoc" style of defense. Shaka Smart's teams apply relentless full-court pressure, finishing last season with the nation's highest turnover rate (28.5% of possessions). It's a complex system, with a variety of well-disguised looks. For a full breakdown of how the VCU defense runs, this SI article is the place to go. Historically, the Hoos have struggled against the press; however, Coach Bennett's teams were drastically improved in this aspect last season, and had plenty of practice in the off-season, often bringing the ball up against 7-8 defenders in practice. If they struggle, it won't be because of a lack of preparation.

Here are three keys to victory:

The best way to beat a full-court press is to not allow made baskets. Luckily, this a strength of Virginia's Packline defense. If the Rams do score, UVA will lean heavily on two inexperienced point guards, Malcolm Brogdon and London Perrantes, to lead the charge against Shaka Smart's pressure defense. They must be smart with the ball and utilize the team's wings and big men effectively to move the ball upcourt. Look for guys like Justin Anderson and Anthony Gill to help there.

Even after crossing midcourt, Virginia won't be home free yet. The Rams will continue to relentlessly apply ball pressure, trap in the halfcourt, and block passing lanes.

Not only does Virginia have to beat the press...but it must attack it. There's an important reason why all basketball teams don't apply such aggressive pressure: doing so has trade-offs. VCU may have been #1 in the nation in forcing turnovers last season...but they were also #226 in eFG% defense, #294 in defensive rebounding percent, and #272 at free throws allowed per field goal attempt. The Hoos have the athleticism to start effective fast breaks and must use it. Look for some rim-rattling dunks from Anderson and Akil Mitchell - the challenge is making these plays with any consistency. If the Hoos are able to take advantage of the VCU press and score, they'll be in shape to cruise to victory. Against VCU's expertly executed defense, this is easier said than done.

UVA rebounded 94% of JMU misses on Friday, the highest percentage of any team in the nation after the opening weekend. That was a great stat for a system that is designed to be in position for defensive boards, but it was assisted by JMU's lack of emphasis on contesting those attempts. VCU will be much more aggressive going after their (hopefully plentiful) misses, and the Hoos must continue to limit second chance opportunities.

Tony Bennett chooses not to fight for offensive rebounds with more than one player, in favor of running back to set the defense; however, opportunities will be there, as defensive rebounding is a VCU weakness. Anything that the Hoos can get here would be a nice bonus.

ACC Player of the Year contender Joe Harris doesn't need to have a performance for the ages to get his team a win against VCU. The Hoos have plenty of weapons that benefit from the attention defenses must give Harris, and had no trouble scoring inside against JMU. However, needless to say, a big game would be nice.

Last season's wins against KenPom top-40 opponents were vs. Duke, @ Wisconsin, vs. NCSU, and vs. UNC. In these games, Joe Harris scored 36 points on 20 shots, 22 points on 19 shots, 22 points on 15 shots, and 19 points on 11 shots. An efficient, and preferably red-hot, Joe Harris will be very tough to beat all season, especially with the diversity of other options he has around him. After a quiet start, tonight would be a good time to make a statement.

Much has been made of the new NCAA-mandated emphasis on touch/hand-check fouls this year. Ken Pomeroy's study of the first weekend of the year shows that the new rules have had a significant effect on gameplay. Despite this, Virginia played a clean game against JMU, committing just 12 fouls, while VCU had little trouble in their opener as well. The Hoos must continue to play smart inside, but do have the potential to use the Ram's aggression to get them in foul trouble and pick up easy points. Getting to the free-throw line has been a team weakness under Coach Bennett, but a factor the team should expect to improve in with its bolstered interior presence.

Virginia is favored by 4.5 points in Vegas. Ken Pomeroy has a 66-62 Wahoo win, giving UVA a 65% chance of victory. These suggest a battle between two essentially evenly matched teams, with home-court giving UVA the advantage.

Early season games are especially hard to figure, and the clash of styles makes the outcome even more variable. But, picking the Hoos to lose a game at JPJ seems like it will be a huge mistake all season. I'll go with a final score of UVA 70, VCU 65, with a late spurt of points scored in a frantic finish that will make all Wahoo fans sick.

Please feel free to drop your thoughts and predictions on tonight's showdown in the comments. The game tips off at 7 PM on ESPN2. (But if you're lucky enough to be in John Paul Jones Arena tonight, be loud). Go Hoos.

And remember, YOU TOO, can buy these awesome shirts! 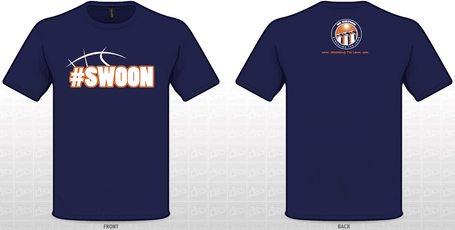