An infographic comparing Virginia's and Louisville's statistics. Which school looks better on paper? We think you know the answer to that already.

Numbers are fun. Like, a lot of fun. And so today, we are taking a look at comparing the numbers between your Virginia Cavaliers and the 21st-ranked Louisville Cardinals, who come to Charlottesville in their inaugural ACC season.

The below infogram compares some of the offensive and defensive numbers. The star in the background is not there to denote that this is a Louisville stat...it's there to signal which team has the better numbers in that particular category, although it's ...ehh, a little lopsided here.

Finally, at the bottom, you've got a random assortment of facts pulled for the Virginia Football Media Guide for the game. There were also some less flattering facts, like the one about how UVA has gone 0-6 when facing a new ACC member for the first time in conference play. Or the fact that, in both of their fifth seasons at their respective schools, Coach London has a 19-32 record while Coach Petrino has a 43-9 record. But no, these are not the facts we want to see.

If there's anything you're curious about and would like to see included in these infographics, just let us know and we'll try to add them in next week! 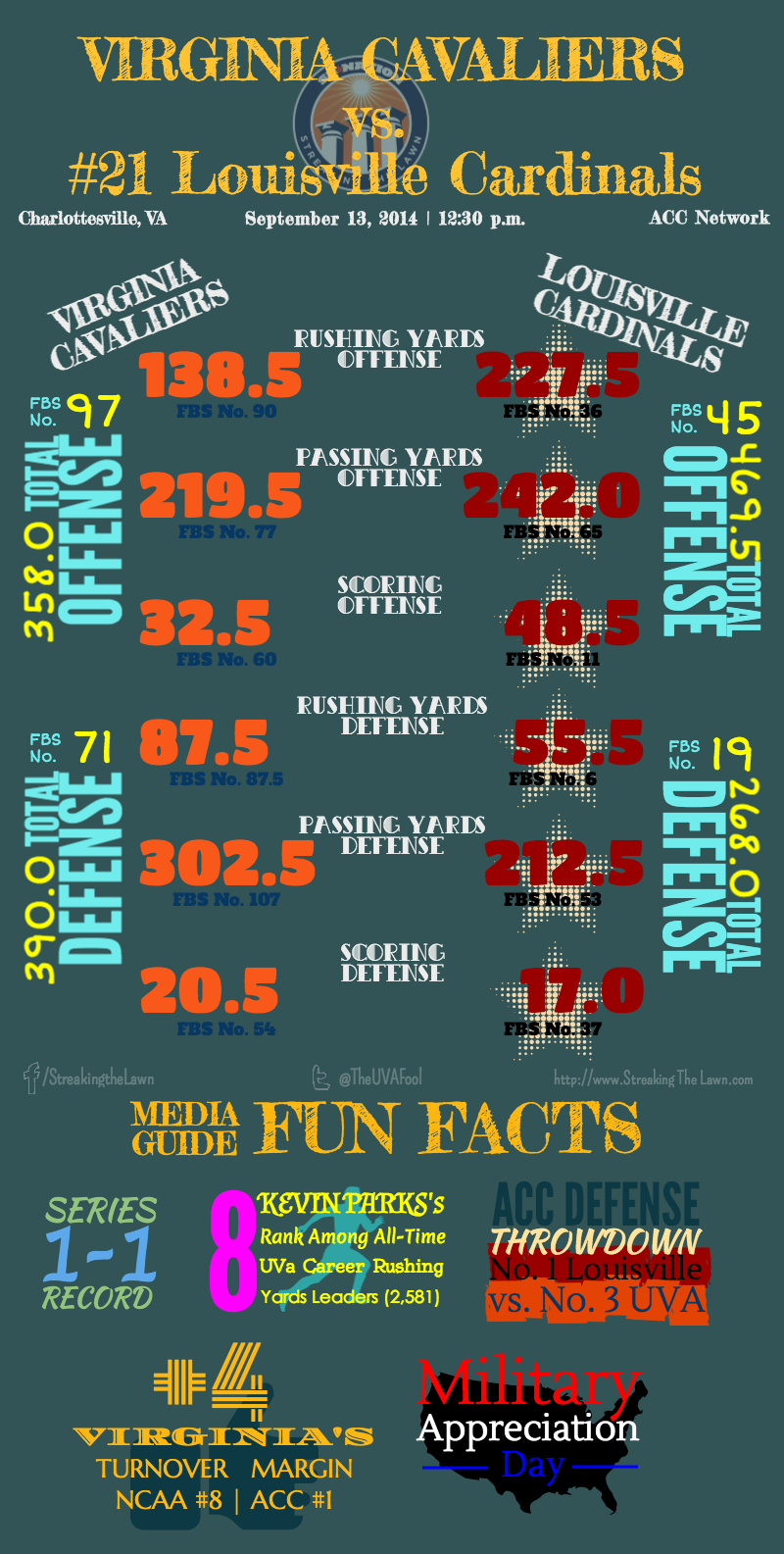